UK Social Investment Market grows by 30% in one year – now worth over £3.5 billion

In 2016, we produced our first comprehensive estimate of the size and composition of social investment in the UK to take stock of progress. In each subsequent year we have updated the central data in this report.

We continue to produce these estimates in developing social impact investment , and to illustrate how it is being used as a tool for charities and social enterprises.

The key headlines are as follows:

We use publicly available sources where possible and collate two measures of market size (outstanding investment and dealflow), and break these down by product area.

We have tried to retain a similar methodology over time, so we can be confident this gives a relatively good estimate of market growth. In this latest estimate, we have added Civitas Social Housing PLC and simplified how we have included Triodos Bank figures – this year using data from its annual report.

As we outlined in our 2016 notes on comparing market size, there are likely to be significant areas that we have not included due to data collection issues, such as friends and family loans, local authorities, equity and crowdfunding. We frequently (in 10-20% of cases) see these investors alongside our investments. It is likely therefore that this is a significant underestimate of the size of the social investment market.

Another area that is likely to be an underestimate is venture and equity. We have included just those funds in which Big Society Capital is invested, however, we know there are several Impact Venture funds in operation and in future, estimates will include these. The British Private Equity & Venture Capital Association (BVCA) recently shared this report on their members involved in the impact investing space. This report shows an estimate of £150 million in impact venture deals in 2018, against the £14 million we have estimated in our market sizing. The BVCA report also shows a 3x increase in impact venture deal flow over the last 5 years, which is consistent with the increasing manager interest we see.

A note on terminology:

In our 2016 report on market sizing, we classified social investment as where both Investors and Investees had social intent (see figure 1, segment A) and then we sub-divided this segment into two parts (see figure 2); A1 being the emphasis of Big Society Capital investment activity and segment A2 being profit-with-purpose. This year we have not specifically tried to distinguish between A1 and A2, thereby no longer using the profit-with-purpose moniker. The main result of this has been to include all Triodos’s loan book to keep the methodology as simple as possible.

A note on social property funds:

The last few years have seen the emergence and listing of several social real estate investment trusts (REITs). These listed funds buy or forward fund social and supported housing and lease it to local authorities and housing associations. For example, Civitas, Triplepoint Social Housing and Residential Secure Income have raised significant amounts from public markets. These listed REITs followed the first social property funds cornerstoned by Big Society Capital; Cheyne Social Property Fund, Funding Affordable Homes and Resonance’s Homelessness Funds. As noted above, this market sizing estimate focuses on those investments where both the investor and user/investee explicitly have social intent (defined as Segment A). Although much of the capital invested by social REITs is channelled to organisations with a social purpose, it is less apparent that the investors in these funds have explicit social intentions. However, following the publication of an impact report by Civitas with a stated social purpose, theory of change and impact metrics, we felt it was appropriate to include them, and have adjusted each of the prior years as appropriate.

We will continue to update this estimate annually and strive to make advances in our use of data and transparency. We’d like to remind you that this is our best effort estimate. We welcome your input and thank all the investors who have provided their data to enable this update.

For those social enterprises and charities looking to navigate the world of social investment and to make informed choices about whether and how to access what is on offer, please visit Good Finance. 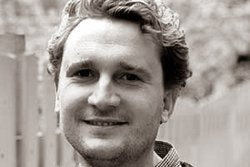 Talk to me about:
Big Society Capital's portfolio data and data across the wider social investment market in the UK; our deal level data releases and also any data visualisation questions.