In this blog, part of our ‘Impact as a source of value’ series, we explore the topic of risk. From avoiding regulatory action to preventing disappointing IPOs, here’s how taking an impact lens to building a startup helps avoid risks.

Building a startup is risky business. From product, to people, to customers, there is a lot that can go wrong which, in part, drives the low success rate that startups experience. Taking an impact lens to building a startup (i.e. considering how a startup can help address a social problem) can help mitigate some of these risks. Here we focus on regulatory and investor risks, with future blogs focussing on additional risks including customer and talent related risks.

Regulatory risk might not be one of the top risks that come to mind when thinking of startups, but as the world becomes more conscious about the broader impact of startups on society, it’s likely that this will become a more important thing to solve for in the future. For example, a recent campaign showed that 76% of the UK want business to be legally responsible for their impact. Our thesis here is relatively simple. Taking an impact lens is likely to keep a startup on the right side of regulator decisions which means a smoother growth trajectory.

Wonga is a good example of where this went wrong. Wonga’s business model was predicated on making payday loans at extremely high interest rates (often >5,000%). Eventually, this attracted the regulator’s attention and interest rate caps were brought in to protect vulnerable customers which hurt Wonga’s profitability. This, combined with several other challenges at the firm, meant that Wonga, once almost valued at >$1bn, has now gone bankrupt, taking >$150m of investor money with it. It’s a similar story for QuickQuid, another payday lender with a similar model which decided to leave the UK market in 2019.

Wonga and others were trying to solve the problem of access to finance for those with very thin credit files. They utilised a model which relied on high interest rates to make it work. Ultimately, this model was a poor fit. Taking an impact lens to solve this problem would mean coming up with a different solution with less of a burden on end users. Another segment of the startup ecosystem is trying to do just this. Salary finance models use earnt but unpaid wages as the basis for advancing cash to customers. By doing this, these startups do not lend customers money and therefore do not need to rely on charging exorbitant interest rates to turn a profit. As such, these models have been relatively untouched by the regulator's activities over the last few years. In fact, the FCA seems to favour these types of business models, a useful position to be in as a growing startup.

Another example is Uber UK. In 2017, the regulator originally refused to renew Uber’s licence to operate as the company’s “approach and conduct demonstrate a lack of corporate responsibility in relation to a number of issues”. These included concerns around the safety of customers, working conditions of drivers and Uber’s approach to regulation.

Uber appealed and was able to keep its licence while proceedings were ongoing. Over three years, Uber changed its CEO and introduced several changes to its operating model which has now led to a reinstatement of Uber’s license. While all has seemingly ended well, it is plausible that if Uber had run into this challenge much earlier, things may not have gone so smoothly for the startup.

As startups reach maturity, the conversation of an IPO can often come up. A key risk here is around sufficient investor appetite, particularly in such a public forum. While many factors feed into whether investors are excited about an IPO, the above on regulatory risk are increasingly playing on investors’ minds.

Deliveroo’s recent IPO was largely considered disappointing. Several factors are clearly at play but a clear one was related to how it treated its workers. For example, investor M&G noted:

“We do not intend to participate in the Deliveroo IPO. Whilst we acknowledge the disruptive impact that Deliveroo has had on the food services market, we still see risks to the sustainability of its business model for long term investors. This is largely driven by the company’s reliance on gig-economy workers in the UK as informal employment contracts potentially fall short in offering the value, job security and benefits of full employment. Uber is a very topical example of greater legal rights being enforced by the Supreme Court to riders previously categorised as self-employed. Key competitor, Just Eat, already offers full employment contracts to its UK-based riders.”

An impact lens may have meant reviewing how Deliveroo treated its drivers (as noted by M&G’s comment about competitors). It’s unclear what impact this would have had on the IPO but there are a few related data points. In stark contrast to Deliveroo, recent IPOs of more impact focussed companies have gone well. Lemonade (a more affordable insurance provider and B-Corp.) saw a high of 144% on day one of trading. Beyond Meat (an alternative-meat startup) saw stock prices soar 163%. This may be a signal that investors are beginning to price in considerations of impact when making investing decisions (recognising that day one trading is not a perfect metric for measuring performance).

While we recognise these are only a few datapoints, we are hopeful that this is early evidence of increasingly important connections between impact and value. In future blogs we’ll continue to articulate how impact can be a source of value and bring in other perspectives from our portfolio and beyond.

Have we said something that triggered a thought? Or maybe this sounds too good to be true? We’d love to hear your reflections. Similarly, if you’d like to contribute to this blog series, do get in touch! 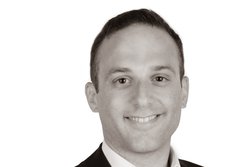